Lake Sammamish is a freshwater lake 8 miles (13 km) east of Seattle in King County, Washington, United States. The lake is 7 miles (11 km) long and 1.5 miles (2 km) wide, with a maximum depth of 105 feet (32 m) and a surface area of 8 sq mi (21 km2).[1] It lies east of Lake Washington and west of the Sammamish Plateau and stretches from Issaquah in the south to Redmond in the north. At Issaquah, it is fed by Issaquah Creek, and at Redmond, it drains to Lake Washington via the Sammamish River, named after the native people who once lived along its entire length.

The 98 sq mi (250 km2) Lake Sammamish watershed stretches from Redmond through Bellevue, and Issaquah to Preston and Hobart, and consists of numerous creeks which flow into the lake. Issaquah Creek is the largest tributary, furnishing over 70% of the lake’s inflow. 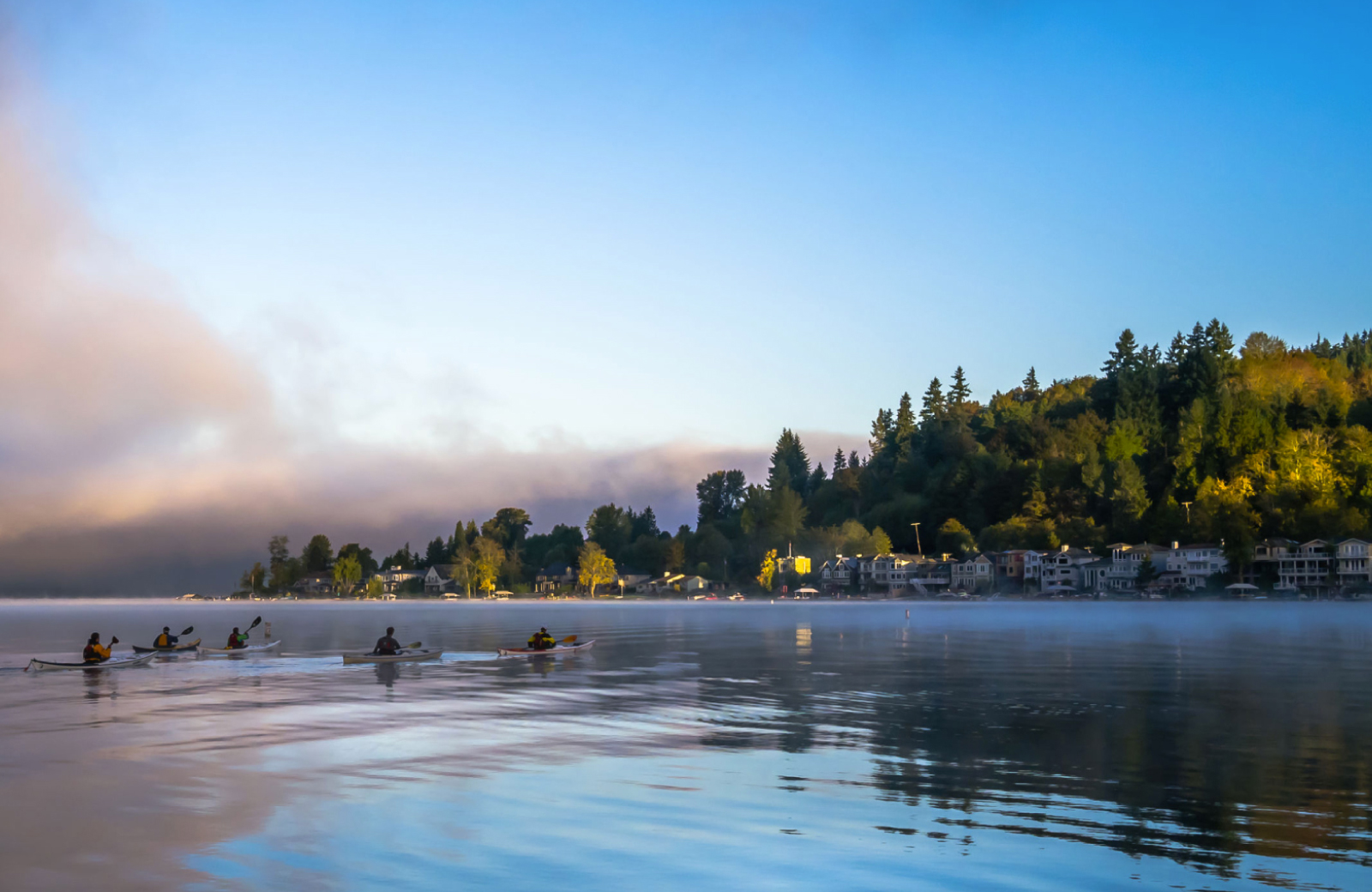